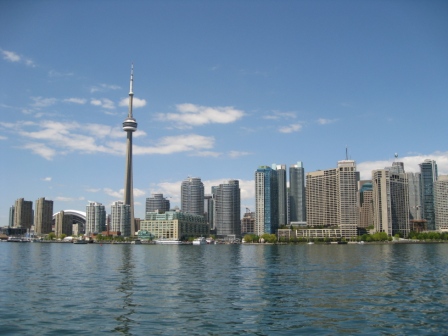 E. and I were able to stay in Toronto for about six weeks in May and June. I was busy with work at the time and wasn’t able to pull together any pictures. Our apartment was in the middle of a downtown shopping district called Yorkville and down the street from a city library.

Luckily (or unluckily) for us, we were able to take care of our landlady’s cat for about a week. As I’ve detailed in past dog and cat posts, I love animals, but I have a moderate cat allergy. After a couple of days,  I was sneezing so much that I had to carry around a box of tissues. Our landlady must have had a guilty conscience because she dashed over one night and took our fake pet away.

END_OF_DOCUMENT_TOKEN_TO_BE_REPLACED 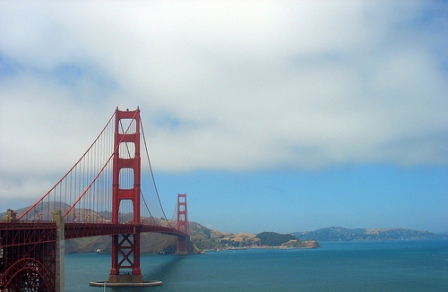 It’s been a while. Long enough that it’s a little awkward writing again, but it’s time to return here. Hello whoever’s still out there.

So where do I start after this long silence? We lived in Toronto, Canada, for a month before the G20 conference–subletted from an eccentric divorcee who left her cat with us for a week. He ate the houseplants to be naughty and climbed into the walls of the apartment, making a terrifying racket.

I stayed in central Illinois for some of June and July and helped my mom weed her garden and pick green beans. Now we’re in San Francisco, one of my favorite cities in the world. I was surprised to find that there really is no summer here. The temperature feels like a midwestern autumn.

END_OF_DOCUMENT_TOKEN_TO_BE_REPLACED 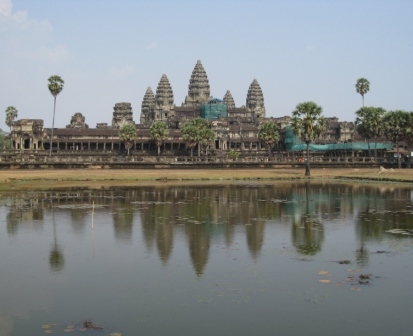 Before we left Southeast Asia, we stopped at a few countries to take advantage of being in the area. Cambodia was a country that, beforehand, I was convinced that I would never see. I just never “saw” myself there. The World Heritage site at Siem Reap was a beautiful place to visit. The city itself is unremarkable, but Angkor Wat and its surrounding ruins are stunning and well preserved for the most part.

END_OF_DOCUMENT_TOKEN_TO_BE_REPLACED

We left Bangkok in late April, a few days after Songkran, Thai New Year, had ended. The Red Shirts had been protesting for at least a month when we left, and the situation was just starting to become strained. In one of our last days, we walked too close to the protestors and felt tear gas in our eyes.  That was the night of the first deadly interaction between the troops and Red Shirts when a Japanese journalist was killed. The public transportation had been cut in certain sections of the city and the main shopping malls were closed.

Songkran was the perfect respite from the rising tensions. For three days, the protesters and military stopped everything and celebrated the new year and the traditional festivities including water fights and smudging strangers’ faces with wet clay. The holiday is encouraged by the city government who ensures that families receive enough water to use in the festivities. Years ago, water was used to give the elderly a blessing in the new year. The transition has transformed into dumping buckets of water over everyone as a gesture of goodwill and mischief. 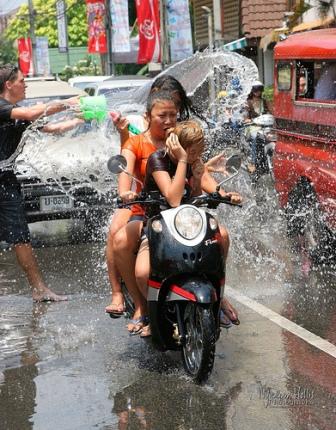 Our landlords drove us in their pickup truck around the Silom and Sathorn districts where we threw buckets of water at people on the street. In return, the eager participants threw water at us and shot us with water pistols. Thais would run up to the truck and smash our cheeks and foreheads with wet clay and laugh. I don’t remember the last time I laughed that hard. The most painful were the revelers who had prepared ice water to throw at drive-by participants. I will never forget the feeling of an unexpected bullet of ice water down my back.  The event was so fun–it evoked the summer days running through the sprinkler as a child. And so many people–young and old–were involved. It was impossible to walk around the streets and not be a participant, especially as a farang–foreigner.

END_OF_DOCUMENT_TOKEN_TO_BE_REPLACED

I’ve had this song stuck in my head for days.

Tagged as Are We Human, Music, The Killers

The old Thai capital city of Ayutthaya is an easy day trip from Bangkok. It is a sedate island city surrounded by three rivers: the Chao Phraya, the Pasak, and the Loburi. The city is like a miniature Angkor Wat area–there are many temples and ruins in close proximity. There are also examples of Burmese and Cambodian (Khmer) design influences due to its past invaders.

END_OF_DOCUMENT_TOKEN_TO_BE_REPLACED

The Thai Red Cross  in Bangkok has a snake farm on its premises in order to educate the public, develop anti-venom to treat snake bitten patients, and promote the use of snakes to assist farmers with their crops. The exhibit includes an indoor aquarium, outdoor holding spaces, and a snake show. The location is also called the Queen Saovabha Memorial Institute.

The handler above is holding a copperhead rat snake.

END_OF_DOCUMENT_TOKEN_TO_BE_REPLACED 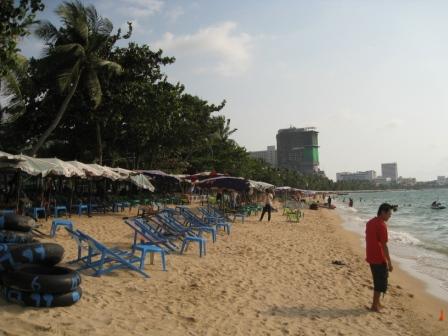 E. and I took a spur-of-the-moment Valentine’s weekend trip to Pattaya, Thailand. Pattaya is a beach resort town on the Gulf of Thailand, a hour and a half from Bangkok.

We spent the day relaxing in beach chairs with water and shade.

END_OF_DOCUMENT_TOKEN_TO_BE_REPLACED 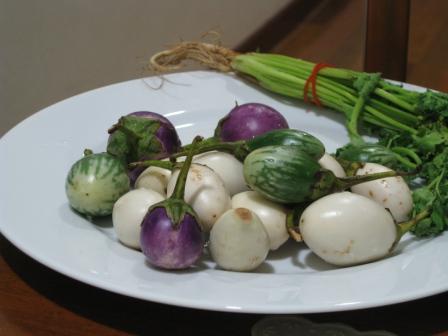 Reading Leslie’s writing at the whole plate and seeing Luke’s and Natalie’s photos at him + her inspired me to write about the small things that bring me joy in Bangkok. I’ve been working a lot and feeling dull. It has been too long since I’ve posted.

I’ve fallen in love with mini Asian eggplants. They are full of tiny seeds. Once fried, they burst with flavor. We live a couple of blocks from a beautiful fresh market with so many vegetable choices. Each day I have to resist coming back to the apartment with arms full of cabbage, cilantro, okra, basil, and green, yellow, and red chilis.

END_OF_DOCUMENT_TOKEN_TO_BE_REPLACED

Photos of Wat Pho (a temple) in Bangkok, Thailand, known for housing one of the world’s largest Buddhas. See more photos of the wat here.

Still Life in San Francisco
Create a free website or blog at WordPress.com.